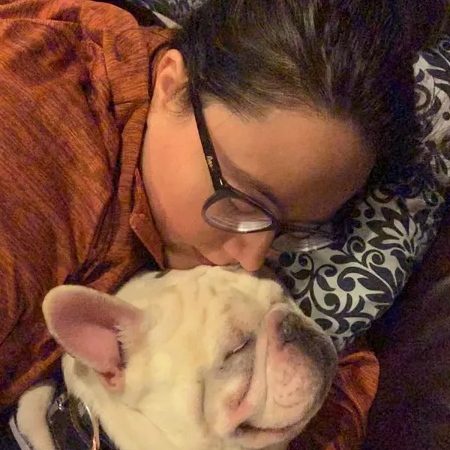 Lucy lying down snuggling with her dog.

Lucy Garcia, a 35-year-old mom, was the picture of perfect health until she began experiencing strange symptoms last November. One night, she woke up to the room spinning and a numb left hand. Lucy’s husband took her to the emergency room where a CT scan revealed an abnormality in her brain. More conclusive imaging was required, and she was sent by ambulance to St. David’s Medical Center for an MRI. The results of the MRI showed a brain tumor on Lucy’s temporal lobe. Strangely, the vertigo and numbness had nothing to do with the tumor, but they did allow the doctors to catch the tumor early.

Lucy had a grade 2 glioma tumor called an astrocytoma that was removed by her neurosurgeon, Dr. Hari Tumu. The tumor was in a part of the brain that controls speech, and Dr. Tumu kept Lucy awake during the surgery. He had her counting backwards and recognizing pictures as he operated. Lucy does not remember being awake during her surgery.

According to the American Society of Clinical Oncology, an estimated 25,050 adults are diagnosed with brain cancer every year. Five-year survival rates vary by the type of cancer and a patient's age, and better imaging is allowing doctors to see tumors earlier.

Lucy fully recovered from the surgery and will need regular monitoring to make sure her tumor does not return. Her other symptoms, though they were unrelated to the tumor, may just have saved her life. 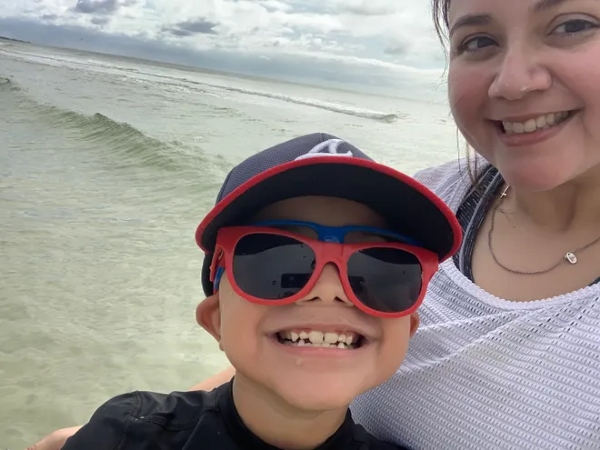 Lucy Garcia smiling with her son on the beach.

Read more at the Austin-American Statesman

September 8, 2022
Barry Barnett is an accomplished martial artist and part-time instructor who recently relearned to walk after a below-knee amputation.
Previous Post

South Austin doctors on quest to find the smallest...

93-year-old able to dance again thanks to her “angels”

Could your baby have RSV and should you take them to the ER?