The "aha moment" that changed everything 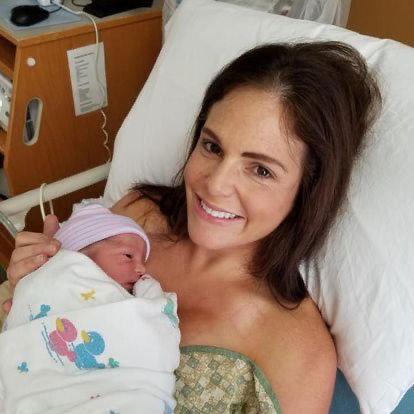 Erica Greathouse was in the midst of her career as a horse trainer and had recently moved to Austin when she discovered that she was pregnant with her first child. She began regular appointments with Dr. John Sherman and received better care than she could have imagined. When it was time to deliver at St. David’s Georgetown Hospital, she came to the facility, and with the birth of her newborn son, Derek, came an “aha” moment. She wanted to be a labor and delivery nurse.

Her husband attributed this idea of hers to hormones and the adrenaline of giving birth, but Erica knew this dream wasn’t going away. The nurses at St. David’s Georgetown Hospital were her superheroes, and they inspired her. They were kind and nurturing, and to this day, Erica says their care changed her life for the better. She never knew she could feel so comfortable, so cared for, by someone who had previously been a stranger. And she wanted to pass that care and love on to other mothers and families.

A year later, Erica became pregnant with her second child. She went through an equally positive experience, and after giving birth to her second son, Eli, she knew it was time to follow her dream. Six months later, she began the long journey to becoming a nurse, including prerequisite classes and nursing school at The University of Texas at Austin. When it was time to apply for jobs, she walked into St. David’s Georgetown Hospital knowing it was the only place she wanted to be. She told the hospital she wanted to work for them, and that she was not considering anywhere else. They took her in with open arms. 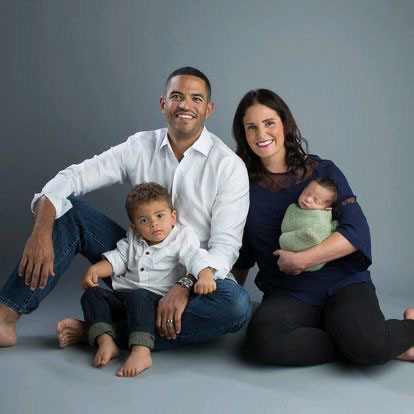 That was almost one year ago. Today, Erica and her husband are living the family life Erica dreamed of with their two beautiful children. Derek, now six, has realized that his mother works in the same place he was born, and he loves to brag to anyone who will hear that his mama works to help other mamas.

Erica’s favorite part of the job is being able to experience these intimate moments with her patients and being a part of the biggest moments of their lives. It’s emotional, hard work, and Erica says she is glad she can be there to support these families.

And even a year later, the nurses are still her superheroes.

April 26, 2022
Lone Star Circle of Care hosted a ribbon cutting and open house on February 25 for its newest clinic at what used to be Taylor West End School...
Previous Post

The depression and heart disease link