Lucky to be alive after near-fatal brain injury 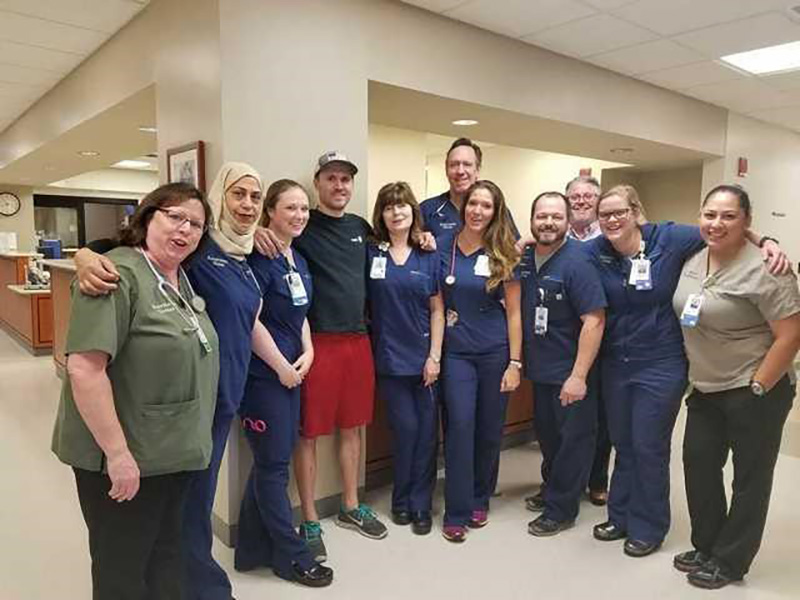 According to the CDC, more than 64,000 Americans died from traumatic brain injury (TBI) in 2020. TBIs can lead to short- or long-term health problems, and are commonly caused by falls, combat injuries or assault. For Hunter Abel, it was a car crash.

In 2017, 35-year-old Hunter was driving home when he started to feel disoriented and lost consciousness. He woke up from a coma five-and-a-half weeks later at St. David’s Round Rock Medical Center. Hunter learned that he had a stroke while driving and crashed his car into a toll booth. In the five years following the crash, Hunter has committed to near-daily physical and speech therapy at St. David’s Round Rock Medical Center. Just six months ago, he regained the ability to say full sentences again.

Hunter’s main message is this: “There is hope, and you have to be the person who provides it. If you don’t give up, you will get a little better every day.”

April 26, 2022
Kelly Coles, a 67-year-old woman, was one of Dr. Bartek’s first patients to experience the benefits of this technology.
Previous Post

Newborns and coronavirus: Helpful ways to protect their health

Keep safety at the center of Halloween plans