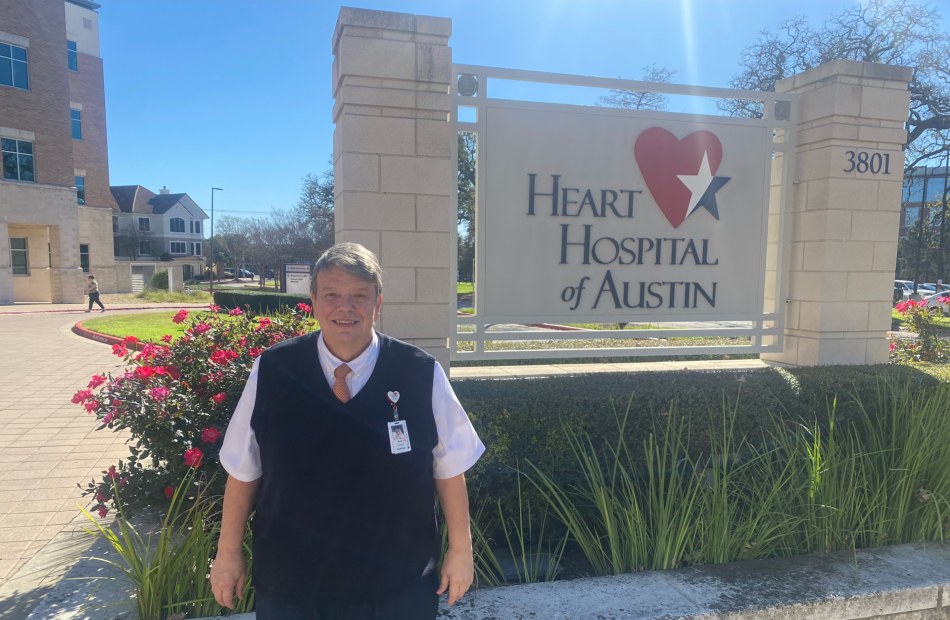 Ricky shows off his new smile after dental surgery.

February is American Heart Month, and one Heart Hospital of Austin employee is sharing his story to increase awareness of a relatively unknown link between dental health and heart disease.

In January 2020, Ricky Hartman was about to eat dinner with a friend when he became lightheaded and lost consciousness. He was taken to the ER where he was told that he had suffered a heart attack and his arteries were 97% blocked. That amount of buildup meant he needed quadruple bypass surgery.

Although heart disease does run in his family, Ricky had experienced no previous symptoms that would indicate he was suffering from heart disease. The only clue was his teeth. While he was in the ICU, Ricky's doctors noticed he had a significant amount of tooth decay, and they inquired about his cavities. Ricky had been caring for his ill partner and had been disregarding his own health, ignoring signs that he, himself, was getting sick.

Ricky was surprised to learn that poor dental health can increase the risk of a bacterial infection in the bloodstream and affect the heart valves, which is likely what led to his heart disease and subsequent heart attack. Fortunately, Ricky was eligible for HCA Healthcare's Hope Fund through his employment with St. David's HealthCare and received grant money to pay for his dental work.

Both of Ricky's procedures were successful, and he now has a healed heart and a brand new smile. Watch Ricky's story using the link below.

January 13, 2023
When Camden Underwood was renewing his car registration online, he signed up to be a living kidney donor through a new registry
Previous Post

January 13, 2023
St. David's Round Rock Medical Center started construction on a $53.1-million facility expansion to meet the growing healthcare demands of the...
Next Post

Heart failure and heart rhythm: The link you need to know about

Newborns and coronavirus: Helpful ways to protect their health