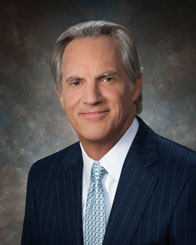 Prior to assuming the role as president and CEO of St. David's HealthCare and president of the HCA Central and West Texas Division, Huffstutler served as CEO of St. David's Medical Center, which comprises four of the eight member hospitals of St. David's HealthCare, including St. David's Hospital, St. David's Rehabilitation Hospital, St. David's Georgetown Hospital and Heart Hospital of Austin. Before joining St. David's HealthCare in 2007, Huffstutler served for three years as CEO of Memorial Hermann Southeast Hospital in Houston, and prior to that, for seven years in various hospital operations leadership roles in the Houston market for HCA Healthcare. Before joining HCA Healthcare, he spent nearly fifteen years in management positions for The Methodist Health Care System in Houston. Huffstutler holds an undergraduate degree in healthcare management from the University of Alabama in Tuscaloosa, and a master's degree in business administration with a concentration in healthcare from the University of Houston at Clear Lake.

Professionally, Huffstutler is a past chairman of the Board of Trustees of the Texas Hospital Association (THA), the state's hospital industry group, and also serves on the governance and nominating committees. Prior to serving on the THA board, he served as a director of the association's political action committee, HOSPAC. He is also a member of the American College of Healthcare Executives.

Huffstutler is active in several organizations in Austin. He is a member of the Austin Area Research Organization, which is a membership organization of business and community leaders advancing the economic and social well-being of the Central Texas area. He also serves on the Greater Austin Chamber of Commerce's Economic Development Corporation Board, American Heart Association Capital Area Division Board of Directors, and he previously served on the Board of Trustees for St. Andrew's Episcopal School.

In 2019, Huffstutler was honored by the Texas Hospital Association (THA) as the recipient of the 2018 Earl M. Collier Award for Distinguished Health Care Administration. The award, which is the highest honor bestowed by THA, recognizes outstanding executives who have distinguished themselves through their contributions to the health care industry and their profession, who are leaders in providing quality health care services, and who are active in THA and other industry groups. 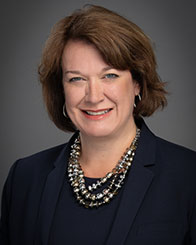 Collier, a certified public accountant, has served as an accountant at KPMG, LLP; Coca-Cola Enterprises; and Arthur Anderson LLP, as well as in various healthcare roles.

She earned her Bachelor of Business Administration from The University of Memphis in Tennessee. 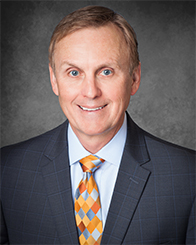 Kenneth W. Mitchell, MD, is the chief medical officer for St. David's HealthCare. In this role, Dr. Mitchell leads the clinical and quality initiatives that support consistent clinical performance and practice standards across the healthcare system.

Dr. Mitchell served as the vice president of medical affairs and chief medical officer for St. David's North Austin Medical Center from 2006 to 2017. Prior to this, he held various leadership positions at the Austin Diagnostic Clinic, including Chairman and Vice-Chairman of the Board of Directors.

He is also active in the American Heart Association, where he received a Distinguished Service Award. Dr. Mitchell is a Diplomate in the American Board of Internal Medicine and a Certified Professional in Utilization Review. He has also served on the Blue Cross Blue Shield of Texas Physician's Advisory Committee and as a quality improvement consultant for Fortune 500 clients. 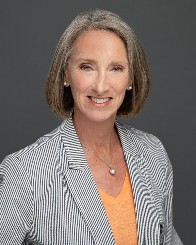 Susan Griffin was named chief nursing executive for St. David’s HealthCare in 2022. Griffin is responsible for the overall strategic direction of nursing practices and nursing operations across the healthcare system.

Prior to joining St. David’s HealthCare, Griffin served as chief nursing executive for Methodist Healthcare System in San Antonio where she facilitated the creation of the Galen School of Nursing campus and grew academic partnerships, resulting in 500 residents and more than 70 RN interns annually. Prior to her time in San Antonio, Griffin served as chief nursing officer at St. David’s Medical Center. Griffin has more than 40 years of experience in nursing, including nearly 30 years of executive nursing leadership.

Griffin earned her Bachelor of Science in nursing from West Texas A&M University and her master of science in nursing from Bellarmine University, Kentucky. She received UT Health San Antonio’s Nursing Visionary Award in 2020, and Texas Nurses Association honored her with its Image Maker Award in 2019. Griffin previously served as a board member of Texas Organization of Nurse Leaders, and she served on Texas Hospital Association’s HOSPAC board and Council on Policy Development. She is a board member for New Hope Initiative, an organization serving children and families in East Africa, India and South America. She has led multiple medical mission trips to Tanzania, Kenya, Mexico and South America. 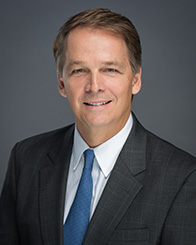 He most recently served for more than a decade as president and chief executive officer of Fox Service Company, a mechanical contractor and service provider in Central Texas.

Nagel earned his Bachelor of Business Administration in finance from The University of Texas at Austin. He currently sits on the board of directors for the Greater Austin Chamber of Commerce. 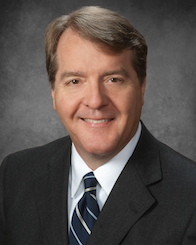 Prior to joining St. David's HealthCare, Dr. Rice served as chief medical officer of Whiteglove House Call Health, a company he co-founded. Prior to that, Dr. Rice was the first full-time physician involved in the development of RevolutionHealth, a leading consumer-centric health company founded to transform how people approach their overall health and wellness.

In addition to his 14 years of experience in clinical emergency medicine, Dr. Rice has participated in the formation and initial work of a number of early-stage health care companies. As the founding chairman and chief executive officer of Stat HealthCare, Dr. Rice built one of the largest physician management companies in the United States and managed the business from inception to public offering.

Dr. Rice holds a patent for a system and method to optimize the care of chronic disease patients. He is the author of a book entitled American Health Care 2008, Opportunities for Disruptive Improvement. In 2013, Dr. Rice was appointed by Governor Perry to the Cancer Prevention and Research Institute of Texas, and served on the Oversight Committee until 2017.

Dr. Rice earned a Bachelor of Science degree with high honors from the University of Michigan. He went on to complete his Doctor of Medicine from The University of Texas Medical School at San Antonio and thereafter received postgraduate training in trauma and general surgery at the St. Joseph Medical Center in Houston. 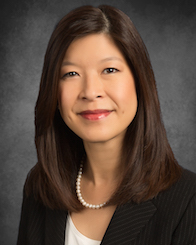 Marian Wu currently holds the position of senior vice president and chief legal officer at St. David's HealthCare. Prior to joining St. David's HealthCare, Wu was senior counsel at Jackson Walker L.L.P. She is board certified in health law by the Texas Board of Legal Specialization and has more than 19 years of experience representing healthcare clients.

Wu's prior private law practice consisted of advising for-profit, non-profit and governmental hospital clients and other healthcare clients on a wide range of operational and regulatory matters, healthcare and commercial litigation, professional malpractice defense, and federal and state administrative appeals.

Wu earned a Bachelor of Arts degree in Economics and Managerial Studies from Rice University. She went on to complete her law degree at The University of Texas School of Law. Marian has been named a "Rising Star" (2008-2009) by Texas Monthly.

Wu serves on the Board of Directors for Ronald McDonald House® Charities of Austin and Central Texas which, through the local Ronald McDonald House and Family Rooms located in area hospitals, provides families of critically ill and hospitalized children a home-away-from-home. 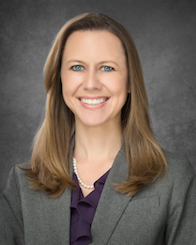 Hajek joined St. David's HealthCare more than 20 years ago, working in the human resources department at St. David's South Austin Medical Center. Since then, she has served in a number of human resource positions with increasing levels of responsibility at three hospitals. 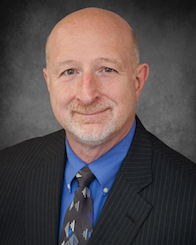