Statement on the Death of Michael Hickson

This is a statement about a patient who recently passed at St. David’s South Austin Medical Center, Michael Hickson.

I wouldn’t typically share this level of detail about a patient with the public, but I am troubled by the untruths being shared about Mr. Hickson’s care and the circumstances of his passing. Importantly, the hospital obtained a legal release to share this information. Some people want the public to believe that we took the position that Mr. Hickson’s life wasn’t worth being saved, and that is absolutely wrong. It wasn’t medically possible to save him.

My colleagues and I went into healthcare to preserve human life. When a patient passes, it’s a loss for everyone involved. We all feel it and mourn that loss, and our hearts always go out to the patient’s family and loved ones. This situation is no different.

If you take one thing away from this statement, please understand this:

This was not a matter of hospital capacity. It had nothing to do with Mr. Hickson’s abilities or the color of his skin. We treat ALL patients equally. This was a man who was very, very ill and in multi-system organ failure. His legal guardian and his doctors worked together, consulting pulmonary and critical care specialists, to determine a care plan that was best for him.

Left unchecked, the misinformation in the public realm about Mr. Hickson hurts the caregivers devoting themselves to the fight against COVID-19, and it hurts and potentially scares the community.

Mr. Hickson was very, very ill when he arrived at our hospital. He was transferred to us from another facility with pneumonia in both lungs, a urinary tract infection and sepsis. He also had COVID-19. Despite aggressive treatment and one-to-one care, Mr. Hickson went into multi-system organ failure.

He had a number of complications. As one example, near the end of his life, he was aspirating—meaning that he was regurgitating the nutrients going into his body through his feeding tube, and they were going into his airways, causing his respiratory condition to worsen. Aspiration has the potential to be fatal, especially for a patient in a weakened physical state, like Mr. Hickson, and this was the reason his tube feedings were discontinued.

To act within the bounds of the law, my staff at the hospital communicated with Mr. Hickson’s court-appointed guardian, an organization called Family Eldercare. Although it isn’t common for guardianship to be taken away from a family member, a court will make that decision if they think it is in the patient’s best interest. In this situation, after an investigation and recommendations from the attorney appointed by the Court to evaluate what was in Mr. Hickson’s best interest, the Court declined to appoint his wife as his temporary guardian. Instead, the Court appointed Family Eldercare, a respected local organization that advocates for and assists adults and individuals with disabilities in our community, as his temporary legal guardian until a full hearing could take place to appoint a permanent guardian. The Court did so after the attorney ad litem reported that Mr. Hickson had identified his sister—who is a physician—rather than his wife as his preferred guardian. The appointment by the Court of Family Eldercare as Mr. Hickson’s guardian took place prior to Mr. Hickson becoming a patient in our hospital.

Once the Court appointed Family Eldercare as Mr. Hickson’s guardian, the hospital could not legally take direction from Mrs. Hickson. Therefore, we worked with Family Eldercare to develop the treatment plan that was best for Mr. Hickson and followed their directives regarding his care, as we were required to do by law.

Despite the government-mandated restrictions on all hospital visitors, arrangements were made to allow visitation by Mrs. Hickson. At the recommendation of the court-appointed guardian, security was present. And, as required by law, the hospital sought permission from Family Eldercare before allowing access. At her request, the hospital subsequently assured that Mrs. Hickson would have more time with her husband without security.

Hospice care began, at the direction of the court-appointed guardian, when it was clinically indicated that the patient was not going to survive his illness. At that point, every effort was made to make the patient comfortable. Our team knew Michael Hickson, and we cared for him. His life was deeply valued, and we felt the loss of it.

I appreciate your taking the time to read this factual account of a very sad and complex situation. 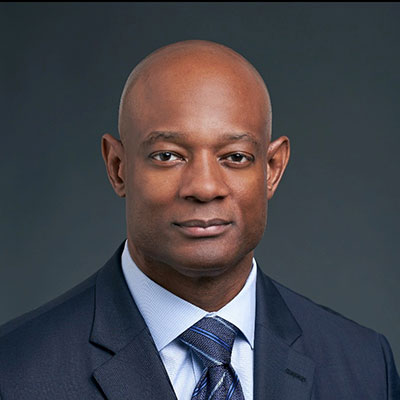 I pray you and your family stay healthy.