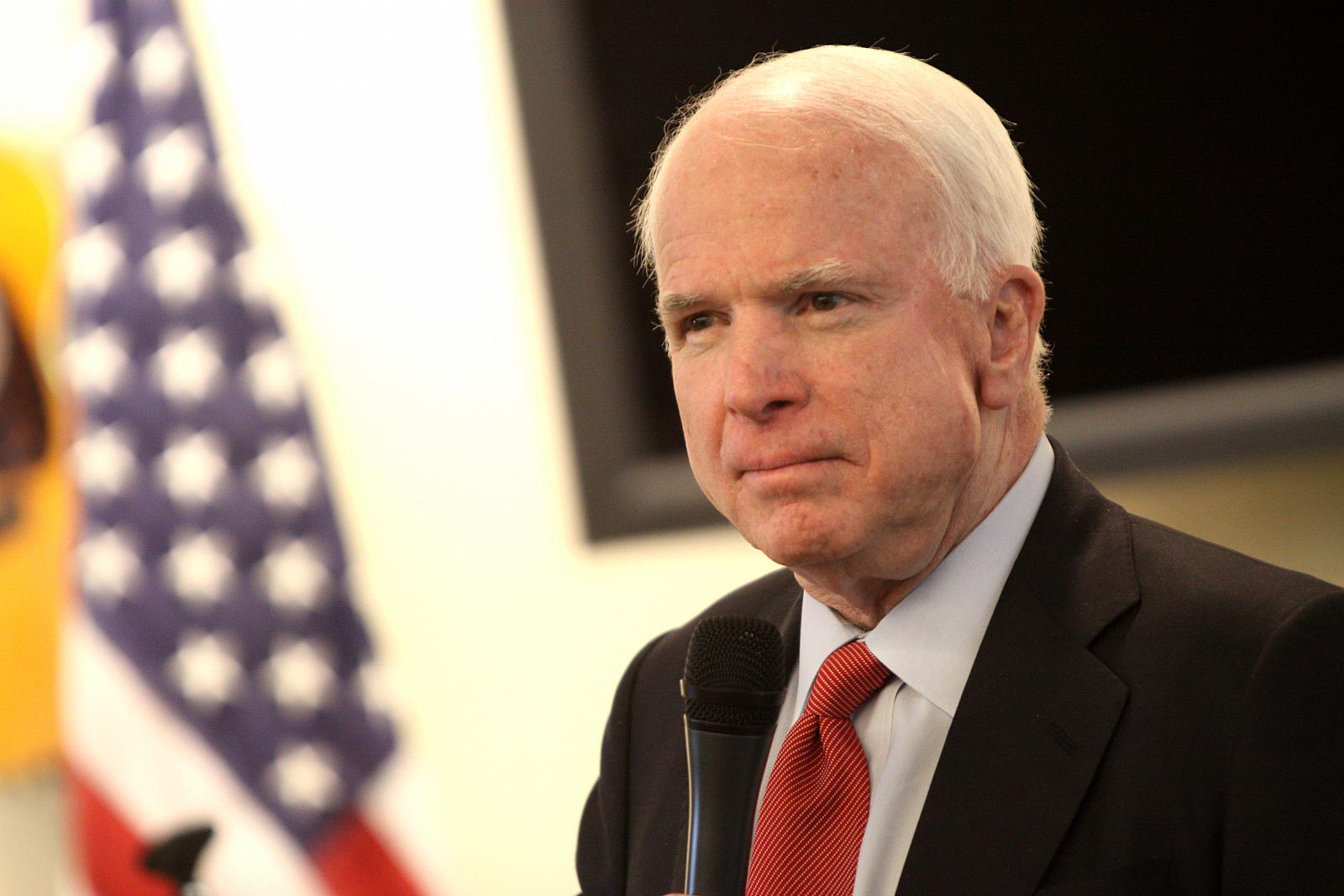 What is a glioblastoma?

Glioblastoma is a malignant primary brain tumor, originating from cells in the brain called astrocytes. Glioblastoma is abbreviated as GBM – it also may be called glioma, glioblastoma multiforme and grade IV astrocytoma.

It has been reported that Senator McCain has a primary tumor. What does that mean?

How common is a glioblastoma?

Approximately two to three per 100,000 people in the United States are diagnosed with this type of cancer. This tumor may be seen at any age, but the percentage is higher for people between the ages of 45-75. Glioblastoma tumors are also more common in men than in women. Glioblastomas account for nearly 15 percent of all intracranial tumors in adults.

What are the symptoms?

Symptoms of this type of cancer depend on the location of the tumor. If the tumor sits in the portion of the brain responsible for the arm and leg strength called the “motor strip,” then the patient may notice weakness in the arm or the leg on the opposite side from the location of the tumor in the brain. Left temporal lobe tumors in right-handed people may cause speech deficits. The onset of seizures can also indicate a tumor in the brain. Speech and cognitive impediments may also be a manifestation of swelling which happens as a result of glioblastoma tumors.

How is it diagnosed?

Glioblastoma can be diagnosed through imaging of the brain. A definitive diagnosis is typically made through a needle biopsy or open surgery called craniotomy.

Are there any known risk factors?

Radiation is a known risk factor. There can also be a familial tendency to develop these. As research goes on, we are identifying more potential causative agents.

How do you treat a glioblastoma?

Glioblastoma tumors have a high recurrence rate. Often a second surgery and/or stereotactic radiosurgery, such as what we do with gamma knife or cyberknife – a tool that provides extremely precise radiation beams that target and destroy brain tumors and other diseased tissue, may be part of the treatment plan.

There are advancements in the treatment of brain cancers being made. Molecular profiling, which analyzes biomarkers that may contribute to the diagnosis of the tumor and response to therapy, new-targeted therapies and immunotherapies all play a role in the approach Sarah Cannon takes to treat these tumors.

Tips (and a Recipe) for a Healthy School Year

August 16, 2017 by Live Healthy Austin
It’s that time of year when swimsuits, vacations and long nights are replaced by school buses, homework and early bedtimes. As many Central Texas...
Previous Post

July 17, 2017 by Live Healthy Austin
Hot cars can be deadly to children, and there have already been 18 children who have died from vehicular heatstroke this year in the United States...
Next Post
RSS Feed

Healthy and Fun Ways to Shake Up Your Easter Egg Hunt

Simple Advice for Avoiding the Flu

Dietary Guidelines for Fueling the Athlete Within