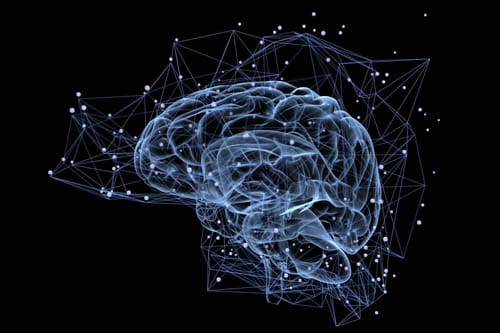 Recently the world lost Muhammad Ali, "The Greatest," a hero, humanitarian and champion for Parkinson's disease (PD). A sports legend and cultural icon, Ali was the world’s most famous Parkinson’s patient. His passing is a reminder that the fight against PD is not over, and there is still much work to be done. Since 2003, public funding for Parkinson's research has dropped 50 percent, from $300 million to just $150 million in 2016, according to the National Institutes of Health (NIH).

PD is characterized by gradual motor slowing, stiffness and tremor. Ali was diagnosed with PD at 42 years of age in 1984, three years after he retired from boxing. His trainer, Angelo Dundee, and daughter, Rasheda, revealed that Ali may have boxed with symptoms of PD during his career in the ring.

Ali’s career in boxing, combined with his family history of PD--both an uncle and grandfather had suffered from the condition--contributed to Ali’s risk for PD. PD affects over 1 million people in the United States and over 5 million worldwide. An estimated 5 to 15 percent of PD cases are linked to familial genetics. However, sudden genetic mutations and toxic exposures can contribute to one’s risk for developing neurodegenerative disorders such as PD.

While he could have disappeared from the national stage with increasing disability, Ali and his family became ambassadors for PD. Ali appeared before Congress in 2002 alongside Michael J. Fox to spotlight the need for research. His wife, Lonnie, served on The Michael J. Fox Foundation (MJFF) Board of Directors from 2001 to 2004, and the couple was appointed to the Foundation’s Founder’s Council in 2008. In 2006, Ali’s daughter Rasheda teamed up with the American Academy of Neurology (AAN) to help educate physicians and the public about PD.

In the 30 years since Ali was diagnosed, the research community has achieved remarkable advancements. We now have a better understanding of genetics and metabolic defects underlying PD. While a cure for the disease has not yet been discovered, new medications and evolving surgical techniques such as Deep Brain Stimulation (DBS) have given people with PD far greater mobility and quality of life than any generation before.

Ali’s risk for PD may have been worsened by multiple hits to the head during his career. Repeated head trauma has been shown to increase risk for dementia, which often includes PD features. Unfortunately, this type of PD, Parkinson’s Pugilistica, does not typically respond as well to medications or DBS.

More work needs to be done as advocacy groups and researchers collaborate further to accelerate the development of safe and effective therapies for PD. In February, seven large pharmaceutical companies, including Pfizer, Merck & Co, Eli Lilly and Company and AbbVie, announced they had joined a groundbreaking consortium, The Critical Path for Parkinson’s Consortium, to share data, expertise and resources to advance treatments for this debilitating disease. Likewise, in March, MJFF and the Parkinson’s Action Network (PAN) announced they would operate as a single organization, combining MJFF’s research expertise and PAN’s extensive knowledge of public policy to speed a cure for PD.

Twenty years after Ali lit the Olympic torch with the world watching during the 1996 Summer Olympics in Atlanta, the Parkinson’s community, researchers and advocates will meet in Portland, Ore., in September for the fourth-annual World Parkinson’s Congress. The Parkinson's community is committed to honoring his legacy by continuing the fight to cure PD and other brain diseases.

I hope Austinites will honor Ali’s legacy, by educating themselves about the disease and helping bring more awareness about PD to our community.

Dr. Robert Izor is a neurologist and fellowship-trained movement disorders specialist who practices at St. David’s North Austin Medical Center. Since 2004, Dr. Izor participates in DBS implant surgeries and programming of over 200 DBS patients in the Austin area.

June 28, 2016 by Tarie Beldin, RD, LD
If you have ever had a migraine, then you know how debilitating they can be. You are not alone. Over 30 million Americans suffer with migraine...
Previous Post

June 8, 2016 by Live Healthy Austin
There are all kinds of great reasons to ride a motorcycle – feeling the freedom of being out in the open with the wind rushing past you, a scenic...
Next Post
RSS Feed