How to Keep Your Family Safe From Household Poisons 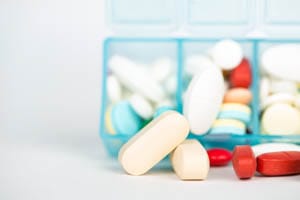 When it comes to poisons in the home, it’s easy to imagine bottles from the chemistry lab filled with smoking green liquid or a scene out of a Harry Potter film. The truth is, many substances are considered poisonous to humans, and they can be found in plain sight in virtually every home.

Exposure to any chemical substance via ingestion, inhalation, or skin contact—either intentionally or unintentionally—can be poisonous. Recent data indicates that about 57 percent of poisonings involve pharmaceuticals, but poisons can also include household products (including hand sanitizer), plants, pesticides, carbon monoxide, insect stings and venomous bites. While the majority of these exposures occur around the home, they can also happen at school, in the homes of friends or family, and around the community.

According to the Centers for Disease Control and Prevention and the American Association of Poison Control Centers, poisonings are the number one cause of injury-related deaths in the country. In 2014, there were nearly 52,000 deaths in the United States caused by poison, and approximately half of those cases involved children who were unintentionally exposed.

Adolescents and adults have experienced a growing number of exposures, both intentionally and unintentionally, and the resulting medical complications can be severe.

During National Poison Prevention Week (March 19-25), the Trauma Department at St. David’s Round Rock Medical Center is offering tips on how to keep your family safe from poisons in and around the home.

Tips for Keeping Your Family Safe

Secure potential poisons safely. Items such as medications, tobacco (especially liquid nicotine for e-cigarettes), rubbing alcohol, alcoholic beverages, cleaning supplies and pesticides should be kept out of children’s reach. Each item should be stored according to the instructions on its container—and with a child safety lock.

Keep medication out of children’s reach. Brightly colored medication can often look like candy to a child. One of the most frequent causes of unintentional poisoning in children involves finding pharmaceuticals in a “pill box” in Grandma’s purse. These daily pill boxes do not have safety locks on them, so it’s important to keep these out of children’s sight and reach. Finally, when dosing medications for yourself or others, be sure to double check the dosage and write down the time it was administered, if needed, as a reminder. Many unintentional poisonings occur when someone accidentally takes too much medicine, especially narcotics, which can result in sedation and impact breathing.

Keep all batteries, including “button” batteries secured and out of reach. Be mindful of items such as remote controls, watches, and key fobs that might have easily accessible battery compartments. A battery that is swallowed will release battery acid in the digestive system, which can be deadly to a child.

Install a carbon monoxide detector outside the sleeping areas of your home. Carbon monoxide is a colorless and odorless gas that can go undetected, and carbon monoxide leaks are often fatal. A simple and inexpensive detector, which can be found at any home improvement store, can alert you when this deadly gas is detected.

Be aware of toxic plants that are growing around your home. Toxic plants include Foxglove, Azaleas, Oleander and Wisteria, to name a few.

Inspect your outdoor areas for potential nesting places for insects or snakes. While most bug bites and stings are not poisonous, a rattlesnake bite could be deadly or require prolonged hospitalization for treatment. Remember, snakes are often most active in the spring, so be sure to carefully inspect bluebonnet patches before placing your child on the ground for photos.

Carefully store chemicals. When outdoors, be sure pesticides, gasoline and other chemicals are stored appropriately. Do not allow children or pets to play in grassy areas that have been recently treated with chemicals.

Know Who to Call. If a person has been exposed to a poisonous substance but is not yet exhibiting concerning symptoms, call the Texas Poison Center at 1-800-222-1222. The Poison Center offers help from experts 24 hours a day, seven days a week. It is critical that people seek appropriate treatment or guidance from a qualified professional.

For example, when some chemicals are ingested, the most effective treatment is to induce vomiting to remove the chemicals from the stomach. On the other hand, inducing vomiting after the ingestion of certain chemicals can be extremely dangerous—and can cause even more damage.

If the individual who was exposed to the poison demonstrates symptoms such as difficulty breathing, swelling of the lips and tongue, chemical burns to the skin or loss of consciousness, call 911 immediately.

Even if you have created a safe environment in and around your home, unintentional exposure to poisons is always possible. It is important to do all we can to prevent poisoning during National Poison Prevention Week—and year round.

Serving the Community Beyond Hospital Walls

March 15, 2017 by Live Healthy Austin
How are St. Patrick’s Day and super foods connected? It’s simple: green. While it may be easy to find some green in your closet, finding greens...
Next Post
RSS Feed

Stroke: You're Never Too Young